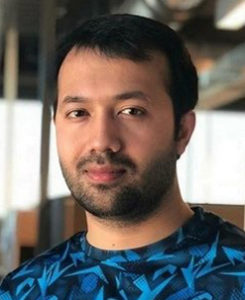 In February, more than 409 million people read the over 20.8 billion pages posted on WordPress.com, a popular blogging platform. Blogging remains a popular form of online communication that is growing at an exponential rate, yet few researchers have grasped the potential of data mining the blogosphere for research purposes.

The University of Arkansas at Little Rock is among the very few universities in the country with a team and projects dedicated to researching blogs.

One of the researchers heading this project is Muhammad Nihal Hussain, a fifth-year doctoral student in information science and a core researcher at COSMOS (Collaboratorium for Social Media and Behavioral Studies) – a research group led by Dr. Nitin Agarwal, Jerry L. Maulden-Entergy Endowed Chair of Information Science.

In 2009, Agarwal developed a program called Blogtrackers, a tool designed to track and analyze blogs and gain insights from the blogosphere. Through Blogtrackers, COSMOS has been actively working on research studies that are supported by grants from the U.S. Office of Naval Research in the fight against cyber propaganda campaigns and tracked how anti-NATO groups reacted to information released during NATO’s exercises. Agarwal and Hussain also have trained NATO personnel to use Blogtrackers to analyze how false information and fake news stories are spread through social media.

“There are not many universities who are analyzing blogs,” Hussain said. “Most just analyze Twitter, but they are missing out on a great social media platform. Almost all fake news is posted on blogs first and then linked to on Twitter. You cannot influence a person in 280 characters, but you can influence people through blog posts.”

Hussain, a native of Hyderabad, India, graduated from Osmania University with a bachelor’s degree in information technology. While working as a systems engineer at Infosys, Hussain learned from a friend about research opportunities and graduate school options available at the College of Engineering and Information Technology at UA Little Rock.

“I had joined UA Little Rock in 2014 to pursue my master’s degree in information quality with no intention to pursue a Ph.D., but the opportunity to work with Dr. Agarwal in COSMOS and developing the blog tracking tool led me to pursue my PhD. here,” he said.

Blogtrackers is currently in a beta stage and can only be accessed by researchers and others who have been trained to use it. However, Hussain is working to make Blogtrackers available for public use.

“I want to set up an automated crawler in Blogtrackers so it can collect data on its own without much human intervention,” he said. “Once the pipeline is set up to collect data, it would allow people to set up their own data set of blogs and to analyze blogs for their own purposes.”

In addition to researchers, Blogtrackers could be of great use to businesses, teachers, social scientists, journalists, public affairs personnel, and the military, Hussain noted.

With Hussain set to graduate in December, he is pursuing opportunities to work in academia or for a research company. However, he would love to stay at UA Little Rock to continue researching and developing Blogtrackers for public use in the near future.

“I thank UA Little Rock for introducing me to Dr. Agarwal,” he said. “UA Little Rock plays a big role in supporting these great research projects on campus. We are one of the very few universities in the country who are researching blogs. This cutting edge research will snowball into bigger things for the university and provide many research opportunities for students.”

The Blogtrackers research project is supported in part by grants from the U.S. National Science Foundation, U.S. Office of Naval Research, U.S. Air Force Research Lab, U.S. Army Research Office, U.S. Defense Advanced Research Projects Agency, and the Jerry L. Maulden/Entergy Endowment at the UA Little Rock. Any opinions, findings, and conclusions or recommendations expressed in this material are those of the authors and do not necessarily reflect the views of the funding organizations. The researchers gratefully acknowledge the support.