Dr. Nitin Agarwal, Maulden-Entergy Endowed Chair and Distinguished Professor in the Department of Information Science and director of the Collaboratorium of Social Media and Online Behavioral Studies (COSMOS), was inducted as a fellow of the Arkansas Academy of Computing for his contributions to computing in Arkansas on Nov. 2 in Fayetteville.

“It is an honor to be recognized as a fellow of the Arkansas Academy of Computing,” Agarwal said. “I am looking forward to collaborating with the great thinkers, innovators, entrepreneurs, and computational scientists to advance the discipline of computing and contribute towards innovation in the state of Arkansas.”

Founded in 2006, the Arkansas Academy of Computing began within the University of Arkansas Computer Science and Computer Engineering Department in Fayetteville. Since its formation, the organization has expanded its charter to be a statewide resource to advance computing and information technology.

The Arkansas Academy of Computing goals is to recognize persons who have made significant and sustained contributions to the computing profession; to support and promote computing and information technology education at all levels; to promote computer literacy, and to promote professionalism in the field of computing.

Agarwal started at UA Little Rock as an assistant professor of information science in 2009. Since then, he has developed several courses expanding the scope for students to learn about social computing and established the COSMOS research group, where he mentors dozens of students on cutting-edge research projects.

Agarwal is highly respected for his social media research. He has collaborated with and received funding from influential national and international organizations such as NATO, the U.S. Office of Naval Research, the Air Force Research Lab, the U.S. Army Research Office, the U.S. Defense Advanced Research and Projects Agency, and the National Science Foundation. His recent research includes studying how governments and groups such as ISIS use social media to spread deviant messages, conduct propaganda campaigns, and influence opinions, behavior, and media coverage.

Earlier this year, Agarwal was selected as a member of the U.S. State Department’s Tech Demo program to counter foreign propaganda and disinformation. Agarwal and COSMOS researchers will showcase technologies like and YouTube trackers, one of COSMOS’ latest applications. These applications track information providers and narratives as misinformation is disseminated through social media networks including blogs, YouTube, and Twitter. The research is the result of projects supported by millions of dollars in federal grants.

Additionally, Agarwal has published eight books and more than 150 peer-reviewed articles that have been recognized with several best publication awards. His work has been extensively covered by local, national, and international media. He participates in many national and international forums, including major global defense venues. Agarwal serves as technical advisor to Little Rock-based firms, including through the FinTech Accelerator. 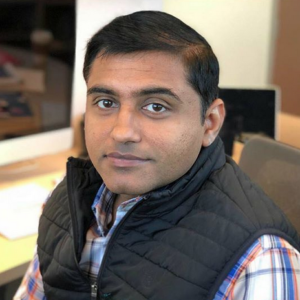