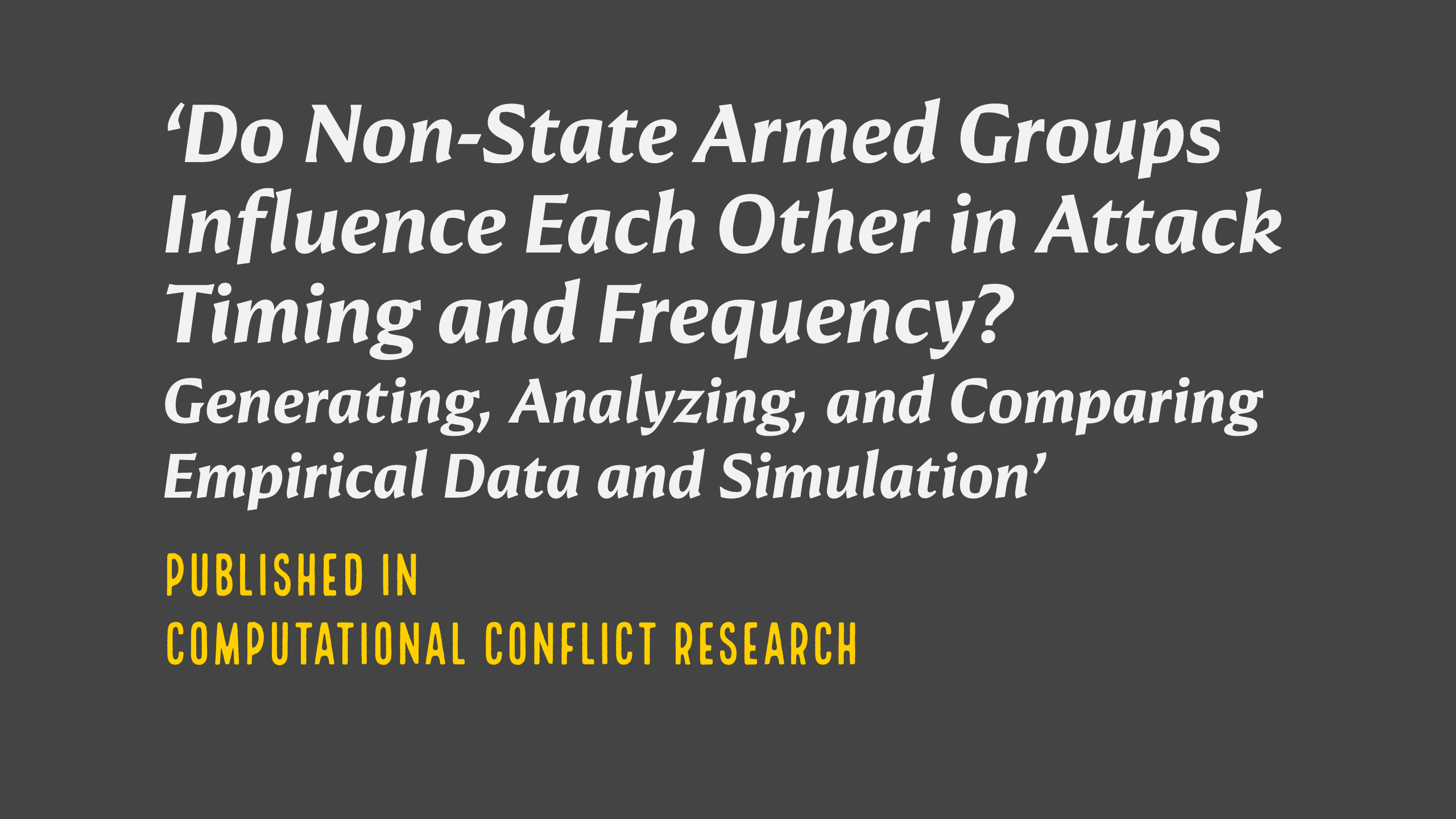 We are pleased to announce that “Do Non-State Armed Groups Influence Each Other in Attack Timing and Frequency? Generating, Analyzing, and Comparing Empirical Data and Simulation” co-authored by Baris Kirdemir has been published in Computational Conflict Research as part of the Computational Social Sciences book series. Abstract: Non-State Armed Groups (NSAGs) operate in complex environments, commonly existing as one of the many organizations engaged in one-sided violent attacks against the state and/or the civilian population. When trying to explain the execution and timing of these attacks, most theories look at NSAGs’ internal organizational features or how these groups interact with the state or civilian population. END_OF_DOCUMENT_TOKEN_TO_BE_REPLACED