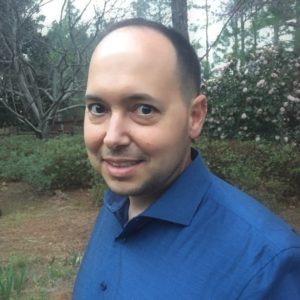 Rick Galeano is a PhD Fellow and at the University of Arkansas at Little Rock completing requirements for a Doctor of Philosophy in Computer and Information Sciences. He was a member of the CORE Lab at the Naval Postgraduate School and currently is a member of the Center of Social Media and Online Behavioral Studies laboratory. Rick was also identified as a Training With Industry Fellow for the U.S. Army, where he worked side-by-side with the strategic communications team at The Coca-Cola Company. Previously assigned to NATO, he worked  missions in which academic experimentation of dark network research was conducted in order to analyze multiple communications avenues by malign actors and organizations. He was nominated to the NATO Science & Technology Organization Research Technology Group, Human Factors for Medicine 248. Lastly, Rick has served as a guest lecturer and instructor at NATO School Oberammergau, the Royal Danish Defence College, and the Baltic Defence College. He has a M.S. from Naval Postgraduate School in Joint Information Operations. He has focused his studies around topic modeling, temporal, geospatial, text and social network analysis. Rick has multiple publications in support of the Department of Defense focusing on irregular warfare in the information domain.